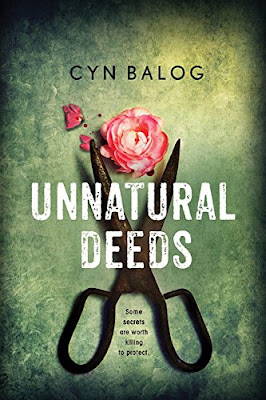 Victoria Zell doesn't fit in, not that she cares what anyone thinks. She and her homeschooled boyfriend, Andrew, are inseparable. All they need is each other. That is, until Zachary Zimmerman joins her homeroom. Within an hour of meeting, he convinces good-girl Vic to cut class. And she can't get enough of that rush.

Despite Vic's loyalty to Andrew, she finds her life slowly entwining with Z's. Soon she's lying to everyone she knows in an effort to unravel Z's secrets. Except Z's not the only one with a past. Victoria's hiding her own secrets, secrets that will come back to haunt her...and destroy everything in her path.


Wow what a disturbing story of obsession and mental illness. There isn't much I can say about this book without giving away parts that I don't want to give away. This is a well written book with mysterious characters and a disturbing ending.  You may think you know whats going on but I was pretty shocked by the ending.

Vic keeps to herself and doesn't interact with anyone at school, she has horrible anxiety and seems to be afraid of her own shadow but all that changes after she meets Z. Z pulls Vic out of her shell, but their relationship is mysterious and a little off.  As Vic gets sucked into Z's orbit she finds herself doing things she never thought she would do, skipping classes, trying out for the school play and going out with friends. Vic's relationship with her boyfriend Andrew also starts to suffer.  She is torn between Andrew and her new feelings for Z and not sure what to do about it.

I really enjoyed this book, I knew there was more to it than meets the eye but I couldn't put my finger on it.  The story is told by Vic but alternating chapters are interviews from the police over something that has happened.  I was hooked from the beginning breezing through to find out what happens in the end.

Disclaimer: I received a copy of this book from the publisher through netgalley.com in exchange for an honest review.
Labels: cyn balog unnatural deeds