ARC Review: How Will I Know You by Jessica Treadway 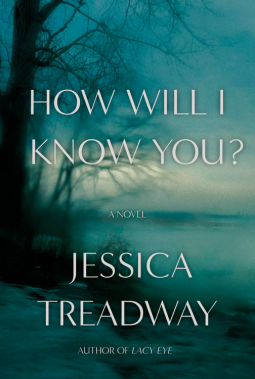 On a cold December day in northern upstate New York, the body of high school senior Joy Enright is discovered in the woods at the edge of a pond. She had been presumed drowned, but an autopsy shows that she was, in fact, strangled. As the investigation unfolds, four characters tell the story from widely divergent perspectives: Susanne, Joy's mother and a professor at the local art college; Martin, a black graduate student suspected of the murder; Harper, Joy's best friend and a potential eyewitness; and Tom, a rescue diver and son-in-law of the town's police chief. As a web of small-town secrets comes to light, a dramatic conclusion reveals the truth about Joy's death.

This book is told from 4 different perspectives, and from a time before the murder and the time after the murder.  It was interesting reading from different points of view, showing how different people's realities can be regarding the same situations.

The Chief of Police is trying to make his position permanent and desperately wants a conviction on this case but instead of actually investigating he interviews a few people and then has his man. Martin a black graduate student in a predominately white town seems talented but way too trusting.  Even after he is arrested he still seems to be swimming in a delusional bubble of everything will work out.

And that is just the tip of these flawed characters who hide secrets at every turn.  The two best characters were Tom, the rescue diver who is also the son-in-law of the Chief of Police and Joy who is definitely going through some difficult stuff but seems smart and savvy in her own way. The rest of the characters were almost caricatures, there wasn't much depth to them.  They wove around Tom and Joy who really carried the story along for me.  Wanting to know who killed Joy and what she was doing that may have lead to her death and Tom who is really caught between a rock and a hard place within his marriage and his family.

The ending was a bit of a let down.  I had figured out who I thought killed Joy but I also had some other theories floating in my head about the killer that didn't pan out. As for the police force I felt that they were just lazy, it was a bit of a leap for me to think that they would just jump on the first suspect to cross their desk no matter how desperately someone wants the case solved.  In fact I would think that they would be pretty diligent to make sure that the case sticks.

Overall this was a decent read, with a few really well done characters that carried the book along.

Labels: How Will I Know You Jessica Treadway murder mystery