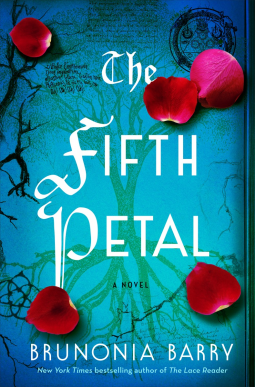 When a teenage boy dies suspiciously on Halloween night, Salem's chief of police, John Rafferty, now married to gifted lace reader Towner Whitney, wonders if there is a connection between his death and Salem’s most notorious cold case, a triple homicide dubbed "The Goddess Murders," in which three young women, all descended from accused Salem witches, were slashed on Halloween night in 1989. He finds unexpected help in Callie Cahill, the daughter of one of the victims newly returned to town. Neither believes that the main suspect, Rose Whelan, respected local historian, is guilty of murder or witchcraft.

But exonerating Rose might mean crossing paths with a dangerous force. Were the women victims of an all-too-human vengeance, or was the devil raised in Salem that night? And if they cannot discover what truly happened, will evil rise again?

Rose was once an acclaimed academic but after a fateful night and the murder of three women she has lost everything, even it seems her mind.  Callie was just a child when her mother was murdered and she thought Rose was dead until a news story brought everything back. Now she is on a mission to save Rose from being charged with murder again after the death of a young man.

This is a great atmospheric novel filled with folklore, Salem history and women who are much more than they seem. I loved this book, it grabs you from the beginning and takes you on a long ride.  As things twist and shift you can't quite get a grasp on who to trust and what exactly is happening to all these different people, is it witchcraft or something even more deadly? Is Rose the Banshee she claims or is someone else pulling the strings? Old money, new money and long held family feuds give this Salem mystery even more to sink your teeth into.

Apparently this is the second book in this series but it can totally stand alone. The characters are well developed and believable and the plot just gets deeper and deeper like the roots of a family tree.

Disclaimer: I received an advanced copy of this book from the publisher through netgalley.com
Labels: Brunonia Barry Salem The Fifth Petal Witches