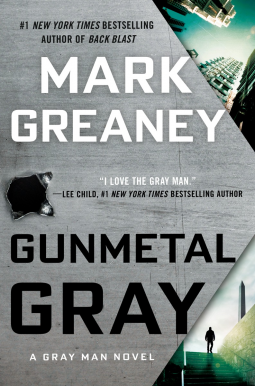 After five years on the run Court Gentry is back on the inside at the CIA. But his first mission makes him wish he had stayed on the outs when a pair of Chinese agents try to take him down in Hong Kong. Normally the Chinese prefer to stay eyes-only on foreign agents. So why are they on such high alert?

Court’s high stakes hunt for answers takes him across Southeast Asia and leads to his old friend, Donald Fitzroy, who is being held hostage by the Chinese. Fitzroy was contracted to find Fan Jiang, a former member of an ultra-secret computer warfare unit responsible for testing China’s own security systems. And it seems Fan may have been too good at his job—because China wants him dead.

The first two kill teams Fitzroy sent to find Fan have disappeared and the Chinese have decided to “supervise” the next operation. What they don't know is that Gentry’s mission is to find Fan first and get whatever intel he has to the US.

After that, all he has to do is get out alive...

I haven't read the first 5 books of this series but I may go back because Greaney's Gray Man has intrigued me.  He is a CIA op who the CIA turned against became a free agent and is now back as a CIA consultant.

Set mostly in Hong Kong, Cambodia and Thailand this book lets you take a ride with one of the best covert op men in the business.  The problem the CIA has with him become very apparent toward the end of the book when you realize that Court Gentry has a code of honor that does not always mesh well with the CIA.  He may be a covert op turned assassin turned consultant but he doesn't betray his own morals or values.  He fights for what he thinks is right. Think of him as a modern day James Bond.

This book had great pacing, great action, lots of twists, a touch of romance, and enough political power plays to make your head spin. Even without reading the previous books I didn't feel lost or overwhelmed by past plots that were necessary to this story. I think the author did a good job of filling in the blanks to make this a stand alone even though it is part of a series.