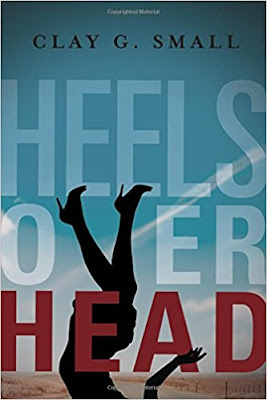 Henry Lindon is playing a game of tit for tat that he’s about to lose.

​Successful, charming executive Henry Lindon was happily making high-dollar global deals and enjoying the good life in Dallas when his job mysteriously disappears—and with it, his identity. On top of that, he’s sure his beautiful wife is having an affair with some Romeo down in Argentina. While attempting to start a new life teaching law, Lindon is finding his paranoia has got him around the throat and won’t let go.

In class one day, the discussion goes off track from law and libel to tattoos. When a student appears in his office in pink shorts and a crop top and takes the subject of tattoos to a much-too-personal level, Lindon’s at a loss to explain why and worried about ramifications. Discovering he may have the Department of Justice on his back with phony felony charges, he’s reaching his breaking point and nothing’s making sense. Two tattoos, a murder, and an old rivalry are part of a distant game of revenge that’s about to come full circle.

Henry and his brother Marvin grew up on a farm causing mischief in their small town along with one of their friends.  It seems that mischief is now coming back to haunt them.   They embarrassed one of the town rich kids and he still hasn't forgotten or forgiven.  Now he is out for revenge. This is an okay mystery as you try to figure out which side will win and if they will catch the perpetrator who seems hell bent on destroying lives.  A few twists and turns and a rather brutal death later Henry comes up with a plan to turn the tables.

This was an okay book, there were several pieces that I felt jumped the shark or were just out of character. Henry was a bit whiny for my taste and then all of a sudden grew a backbone.  There just seemed to be too many "coincidences" for someone to start putting things together. An unnecessary death, I think the author didn't know what to do with this character so it was easier to kill her off then to find a way to fit her into the final plan.

Overall it was an entertaining easy to read, fluff mystery.

Disclaimer: I received an advanced readers copy of this book through netgalley.com in exchange for an honest review.