Book Review: If I Run by Terri Blackstock 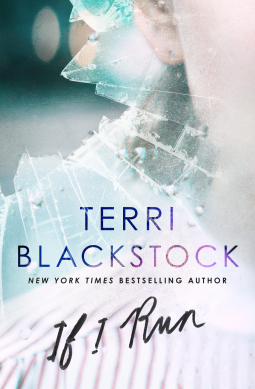 Casey knows the truth. But it won't set her free.
Casey Cox's DNA is all over the crime scene. There's no use talking to police; they have failed her abysmally before. She has to flee before she's arrested...or worse.
The truth doesn't matter anymore. But what is the truth? That's the question haunting Dylan Roberts, the war-weary veteran hired to find Casey. PTSD has marked him damaged goods, but bringing Casey back can redeem him. Though the crime scene seems to tell the whole story, details of the murder aren't adding up. Casey Cox doesn't fit the profile of a killer. But are Dylan's skewed perceptions keeping him from being objective? If she isn't guilty, why did she run?
Unraveling her past and the evidence that condemns her will take more time than he has, but as Dylan's damaged soul intersects with hers, he is faced with two choices: the girl who occupies his every thought is a psychopathic killer...or a selfless hero. And the truth could be the most deadly weapon yet.

I'm not a big Christian Lit book but honestly it wasn't until the last 30% of the book that I even realized it was. This is a good mystery with interesting characters.  It ends on a bit of a cliff hanger but the second book in the sequel If I'm Found was released March 2017.

Casey has been scared since she found her father dead.  She knew it wasn't a suicide but the police didn't listen.  When Casey finds her friend Brent dead she knows she has to run.  If she stays knows she will wind up like her father.

Dylan Roberts is Brents childhood friend and when he finds out that he was murdered he wants to help in anyway he can. When Brents family asks him to find Casey he takes the job.  Keegan the police chief is supposed to be helping him but seems to be blocking him from certain evidence.  As Dylan starts to suspect there is more to this case another body is found.

This was a well written book and a great mystery, my biggest complaint is that it seemed that the Christian theme seems almost an afterthought in this book.  It was thrown in toward the end and really would have been a better book without it.  It seemed too forced - it didn't need to be pushed as hard as it was and it may have worked better had it been scattered throughout the book.  It was almost a surprise toward the end which threw me off. I also have a problem with books stopping on such a big cliff hanger and then not releasing the sequel for almost a year.  Luckily I found this book just as the sequel was put out.