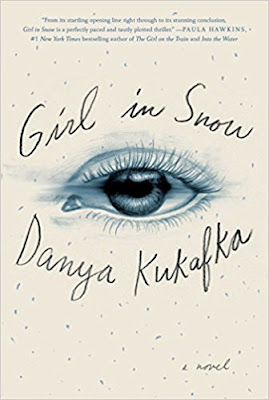 Oddball Cameron Whitley loved—still loves—Lucinda. Though they’ve hardly ever spoken, and any sensible onlooker would call him Lucinda’s stalker, Cameron is convinced that he knows her better than anyone. Completely untethered by the news of her death, Cameron’s erratic behavior provides the town ample reason to suspect that he’s the killer.

Jade Dixon-Burns hates Lucinda. Lucinda took everything from Jade: her babysitting job, and her best friend. The worst part was Lucinda’s blissful ignorance to the damage she’d wrought.

Officer Russ Fletcher doesn’t know Lucinda, but he knows the kid everyone is talking about, the boy who may have killed her. Cameron Whitley is his ex-partner’s son. Now Russ must take a painful journey through the past to solve Lucinda’s murder and keep a promise he made long ago.


This book is a slow character study along with a mystery.  Cameron is a bit of an odd kid, I feel that he may have Asperger but it is never stated.  He doesn't look people in the eye, and just seems off. Jade is abused by her mom, has bad skin and very angry, but she seems to understand Cameron. Russ is a cop who was Cameron's dad's partner before his dad was charged in a crime and fled the area (which took forever to find out and doesn't matter much). Russ doesn't really seem to like his job and although he seemed in love with his wife I got the feeling he didn't love her culture.

Well written this story slowly unfolds through 3 different perspectives and while the writing was really beautiful it dragged a little for me.  I read some reviews that they felt that the reveal of who killed Lucinda was too quick and there was no reason but I found that there was compelling reason and liked the twist of who committed the crime.  I also really appreciated the several chapters after the killer is revealed which helped tie things up with the characters and show what happens after mystery is solved which is something most crime stories leave out.

This is a really well written, interesting mystery by a new author who I am looking forward to reading in the future.