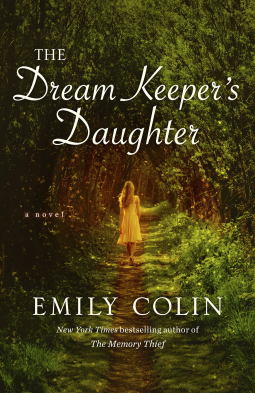 Isabel Griffin has done her best to move on since her boyfriend, Max Adair, vanished without a trace eight years ago, leaving her heartbroken—and pregnant. Eerily enough, this isn’t the first time someone Isabel loves has gone missing. When she was sixteen, her mother disappeared, and her father became obsessed with finding his long-lost wife—at the expense of parenting Isabel.

Determined not to repeat her father’s mistakes, Isabel works hard to become a respected archaeologist and a loving mother to her daughter, Finn, a little girl with very unusual abilities. But while Isabel is on a dig in Barbados, she receives a disturbing phone call. The hauntingly familiar voice on the other end speaks just four words—“Isabel. Keep her safe.”—before they’re disconnected.

Isabel tries to convince herself that the caller can’t possibly be Max. But what if it is, and Finn is in danger? As one mysterious event after another occurs, she can’t shake the feeling that, despite what everyone else believes, Finn’s father is alive—and he’s desperately trying to reach her.

I'm not sure why this book didn't get better reviews but I really enjoyed it.  I loved the time slip and the star crossed lovers aspect of the book but instead of being your usual romance this one had a bit of a twist that was more realistic and I like that.  While I understand some people feeling let down with where the author took this book (I too felt that for a fleeting moment) I then realized why.  It makes more sense! In a book that has things that suspend your disbelief I was happy to see she grounded it.

This is a book of tragedy, loss, coping and how people handle the shitty and sometimes strange hands they are dealt.  Max didn't want to travel back in time but he did the best he could in the time and place he was in and made a difference.  Isabel studies the past and has dealt with the loss of her mother and her boyfriend to strange circumstances. Finn is a shining beam of light through the story the thread that ties everyone together. I wanted more of her and wanted to explore her gift a little more but that wasn't the point of this story.

This was a good mystery, a good romance and an interesting glimpse into a little known piece of history.