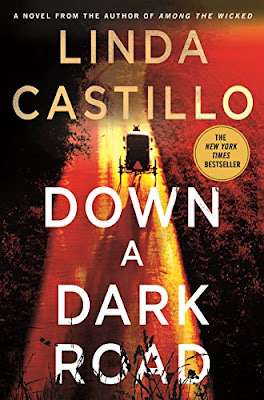 Two years ago, Joseph King was convicted of murdering his wife and sentenced to life in prison. He was a “fallen” Amish man and a known drug user with a violent temper. Now King has escaped, and he’s headed for Painters Mill.

News of a murderer on the loose travels like wildfire, putting Chief of Police Kate Burkholder and her team of officers on edge. But this is personal for Kate. She grew up with Joseph King. As a thirteen year old Amish girl, she’d worshiped the ground he walked on. She never could have imagined the nightmare scenario that becomes reality when King shows up with a gun and takes his five children hostage at their Amish uncle’s farm. Armed and desperate, he has nothing left to lose.

Fearing for the safety of the children, Kate makes contact with King only to find herself trapped with a killer. Or is he? All King asks of her is to help him prove his innocence―and he releases her unharmed. Kate is skeptical, but when the facts and the evidence don’t align, she begins to wonder who she should trust. Spurned by some of her fellow cops, she embarks on her own investigation only to unearth an unspeakable secret―and someone who is willing to commit murder to keep it buried.

I really like this series, I am rarely disappointed when I read one.  This time Kate finds herself taken hostage by her childhood crush who has escaped from prison after being convicted of killing his wife.  He denies killing her and just wants to be with his kids and hopes Kate will help him prove his innocence.  Hoping that this situation will end well Kate agrees to help and after speaking to one of the children who may have seen the killer things don't seem to be adding up.  As usual Kate starts ruffling feathers and shaking trees that put her in bad situations.

I liked how Castillo brought us back to Kate's childhood to see Joe King through her eyes. Viewing him as a child and the things that may have shaped the man he came to be.  She has an innate ability to really draw you in and make you care about her characters.  Her descriptions of the Amish community and culture is fascinating and really brings a different dimension to the crimes, law enforcement and the ways in which a policeman interacting with the Amish.

Fabulous as always.  I feel this could be a stand alone book but I feel each book builds upon the layers of Kate's personality so you may be missing something by not starting from the beginning.