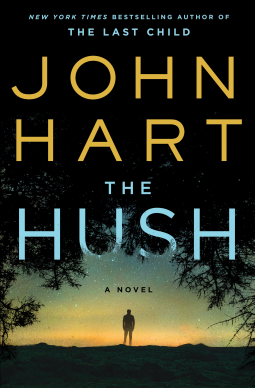 It’s been ten years since the events that changed Johnny Merrimon’s life and rocked his hometown to the core. Since then, Johnny has fought to maintain his privacy, but books have been written of his exploits; the fascination remains. Living alone on six thousand acres of once-sacred land, Johnny’s only connection to normal life is his old friend, Jack. They’re not boys anymore, but the bonds remain. What they shared. What they lost.

But Jack sees danger in the wild places Johnny calls home; he senses darkness and hunger, an intractable intent. Johnny will discuss none of it, but there are the things he knows, the things he can do. A lesser friend might accept such abilities as a gift, but Jack has felt what moves in the swamp: the cold of it, the unspeakable fear.

I don't remember The Last Child but this book held up as a stand alone as well.  Johnny lives in the Hush, its a strange and powerful place where people have been going missing for years and there is a strange presence that allows Johnny to feel connected to the earth, and heal from wounds almost instantly.

There is mystery and history to this land that goes back to when Johnny's ancestors owned it and slaves. The land was transferred to a slave family and has since reverted back to Johnny when the last male heir to that family died and he is fighting to keep it with the help of his best friend Jack.

After an important person goes missing the sheriff, whose had a beef with Johnny ever since he was a child decides Johnny is to blame.  Things get heated and out of control and more and more strange things start happening.

Interesting story line that follows Johnny and a young African-American woman who have similar dreams.  Their pasts intertwine and everything leads back to the Hush.  Characters are well developed and while most of John Harts stories aren't supernatural in nature this one seems to fit.  Very well done.