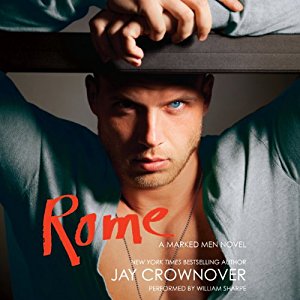 Sometimes the wrong choice can be just right . . .

Fun and fearless, Cora Lewis knows how to keep her tattooed "bad boy" friends at the Marked in line. But beneath all that flash and sass is a broken heart. Cora won't let herself get burned again. She's waiting to fall in love with the perfect man—a baggage-free, drama-free guy ready for commitment. Then she meets Rome Archer.

Rome Archer is as far from perfect as a man can be. He's stubborn, rigid, and bossy. And he's returned from his final tour of duty more than a little broken. Rome's used to filling many roles: big brother, doting son, supersoldier—but none of those fit anymore. Now he's just a man trying to figure out what to do with the rest of his life while keeping the dark demons of war and loss at bay. He would have been glad to suffer through it alone, until Cora comes sweeping into his life and becomes a blinding flash of color in a sea of gray.Perfect may not be in the cards, but perfectly imperfect could just last forever . . .


Suffering from PTSD and feeling betrayed by his brother Remy and his parents for keeping a deep secret about Remy's sexuality,  and his other brother Rule blissfully tied to his soul mate, Rome is plagued by demons of letting people down, of not being there for them.  Cora is short sassy and doesnt take shit from any of the big, tattooed, pierced men in her life. When Rome and his dark brooding energy rumbles into town and brings his murky rage with him to suck the life out of everything Cora won't stand for it.  Calling him Captain No Fun she quickly twists the giant with the broken heart around her finger and gives him a place to call home.