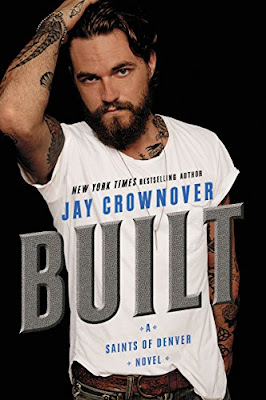 Sometimes a real hero lets you save yourself . . .

Sayer Cole and Zeb Fuller couldn’t be more different. She’s country club and fine-dining, he’s cell-block and sawdust. Sayer spends her days in litigation while Zeb spends his working with his hands. But none of that has stopped Zeb from wanting the stunning blonde since the moment he laid eyes on her—even if the reserved lawyer seems determinedly oblivious to his interest.

Sayer is certain the rough, hard, hot-as-hell Zeb could never want someone as closed off and restrained as she is, which is a shame because something tells her he might be the guy to finally melt her icy exterior. When he shows up at Sayer’s door needing her professional help, she’s both disappointed and relieved that she won’t get the chance to find out just how good he could be.
But as they team up to right a wrong and save a family, the steam created when fire and ice collide cannot be ignored.

Hot sexy Zeb Fuller who helped the tattoo boys from the Marked set up their new shop in Denver is back trying to woo Rowdy's sister Sayer. Of course what is is a romance novel without a hiccup in the action...this time its the revelation that Zeb fathered a child right after he got out of jail and never knew about it.  Now the mother is dead and the child is stuck in the system so Zeb with the help of family attorney Sayer are out to make sure that this little boy gets placed with his dad despite his criminal past.

Raunchy, hot sex, and an adorable little boy that you just want to get to know this is a great sexy romance with another hulking tattooed giant that Jay Crownover is known for. Hang on to your hats ladies this one is a scorcher.

Discover other books or products I like: https://www.amazon.com/shop/readinggrrl
Labels: Jay Crownover Marked Men Saints of Denver