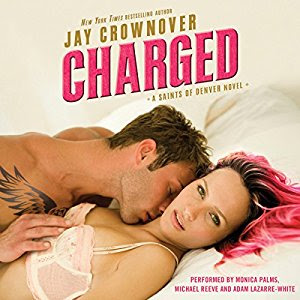 Avett Walker's and Quaid Jackson's worlds have no reason to collide. Ever. Quaid is a high-powered criminal attorney as slick as he is handsome. Avett is a pink-haired troublemaker with a bad attitude and a history of picking the wrong men.

When Avett lands in a sea of hot water because of one terrible mistake, the only person who can get her out of it is the insanely sexy lawyer. The last thing on earth she wants to do is rely on the no-nonsense attorney who thinks of her as nothing more than a nuisance. He literally has her fate in his hands. Yet there is something about him that makes her want to convince him to loosen his tie and have a little fun...with her.

Quaid never takes on clients like the impulsive young woman with a Technicolor dye job. She could stand to learn a hard lesson or two, but something about her guileless hazel eyes intrigues him. Still, he's determined to keep their relationship strictly business. But doing so is becoming more impossible with each day he spends with her.

As they work side by side, they'll have to figure out a way to get along and keep their hands off each other - because the chemistry between them is beyond charged.

Quaid came from nothing and made his mark as a fabulous attorney.  He went through a rough divorce to his high school sweetheart who he gave the world to.  He thinks he wants a woman that fits in his new polished and prestigious world but then he meets Avett. Avett is the pink haired trouble maker daughter of ex bar owner Bright Walker. She finds herself in hot water when her ex boyfriend tried to rob the bar that her father sold to Rome Archer (Rome: A Marked Man Novel). Now its up to Quaid to get this little spit fire off.

Avett is always drawn to danger but knows she needs to turn her life around.  Then she meets her attorney.  The polished and beautiful Quaid.  There is definitely chemistry brewing between them but can she break through his polish and find the true Quaid?

Not my favorite of these books but has some great intrigue and danger thrown into the mix. I always love that the characters from the Marked Men series spring up in these books a bit too.