Skip to main content
Labels
Posted by Heidi (ReadingGrrl) May 02, 2018 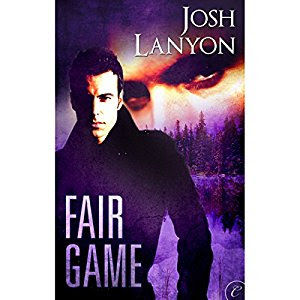 A crippling knee injury forced Elliot Mills to trade in his FBI badge for dusty chalkboards and bored college students. Now a history professor at Puget Sound University, the former agent has put his old life behind him, but it seems his old life isn't finished with him.

A young man has gone missing from campus and as a favor to a family friend, Elliot agrees to do a little sniffing around. His investigations bring him face-to-face with his former lover, Tucker Lance, the special agent handling the case.

Things ended badly with Tucker, and neither man is ready to back down on the fight that drove them apart. But they have to figure out a way to move beyond their past and work together as more men go missing and Elliot becomes the target in a killer's obsessive game....

This was more of a murder mystery than a romance.  Elliot and Tucker had very little chemistry and I just couldn't picture them being in love. Maybe it was an issue with the narrator or maybe it was the writing but it just felt forced and didn't click for me.  The mystery was good if a little stunted and disorganized.  Other reviews have said that this series gets better and the narrator of the audio books changes so maybe that is what was holding this book back but I don't think so.  I like the concept of the book just focusing on the mystery more than the romance but if you are going to tell me they are in love and have been pining for each other you have to give me some heat. Looks of longing something other than anger and resentment. I'm going to give the second book in this series a try and hope for more.