Skip to main content
Labels
Posted by Heidi (ReadingGrrl) May 30, 2018 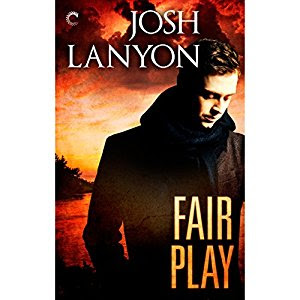 Fifty years ago, Roland Mills belonged to a violent activist group. Now, someone is willing to kill to prevent him from publishing his memoirs.

When ex-FBI agent Elliot Mills is called out to examine the charred ruins of his childhood home, he quickly identifies the fire for what it is—arson. A knee injury may have forced Elliot out of the Bureau, but it's not going to stop him from bringing the man who wants his father dead to justice.

Agent Tucker Lance is still working to find the serial killer who's obsessed with Elliot and can't bear the thought of his lover putting himself in additional danger. Straight-laced Tucker has never agreed with radical Roland on much—"opposing political viewpoints" is an understatement—but they're united on this: Elliot needs to leave the case alone. Now.

Tucker would do nearly anything for the man he loves, but he won't be used to gain Elliot access to the FBI's resources. When the past comes back to play and everything both men had known to be true is questioned, their fragile relationship is left hanging in the balance.

Much better than the first book.  I definitely felt more of a connection between Elliot and Tucker, its six months after the first book takes place and they have been living together on Goose Island. This book could be a stand alone and honestly I don't think the first book does these characters any justice.  Elliot and Tucker struggle with trust.  Given that Tucker is an FBI agent he can't always tell Elliot about his cases. Elliot having been and FBI agent struggles with his civilian status.

This is a strong mystery focusing on Elliots father and his past days as a resistance fighter against the government. It was interesting to see the dynamic between the hippie dad and the ex-government agent son.