Skip to main content
Labels
Posted by Heidi (ReadingGrrl) May 04, 2018 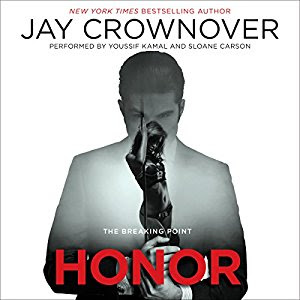 Don't be fooled.
Don't make excuses for me.
I am not a good man.

The first time I saw her dancing on that seedy stage in that second-rate club, I felt my heart pulse for the first time. Keelyn Foster was too young, too vibrant for this place, and I knew in an instant that I would make her mine. But first I had to climb my way to the top. I had to have something more to offer her.

I'm here now, money is no object, and I have no equal. Except for her. She's disappeared. But don't worry, I will find her and claim her. She will be mine.

Like I said, don't be fooled. I am not the devil in disguise.... I'm the one standing front and center.

This is a much darker book than the Marked series but I really liked it.  I like how Crownover really gives her characters depth.  Nassir and Keelyn don't have pretty beginnings but they make the most of what they have, and shine, each in their own way.  Nassir is feared, Keelyn wins them over and takes what she wants without people even realizing she stole from them. However both of them have a heart.  They both truly care about the people of the point. They want to make The Point better and safer for the people who live there. This gritty, dangerous backdrop really allows the romance to shine.  Neither is there to change the other but they complement each other in ways that soften the edges. Really well done.