Skip to main content
Labels
Posted by Heidi (ReadingGrrl) May 24, 2018 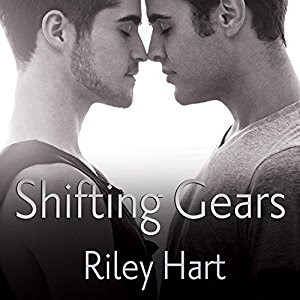 Rod Nelson is used to being someone's good time, and that's fine with him. Spending his days at his adult toy store, Rods-N-Ends, he never knows who he'll meet. The second Landon Harrison walks in, he has Rod's full attention. It seems as if Landon wants him too, so why won't the man jump in the sack with him already?

Landon never thought he'd return home to the town where memories lurk around every corner. He has to admit, Rod makes the adjustment a lot easier. He keeps Landon laughing. Despite the fierce attraction between them, he's not willing to risk his newfound friendship to get laid.
Neither man wants something serious, but the more they're together, the harder it is to keep their hands to themselves, until eventually they stop trying.

But flings between friends are never simple, and as they attempt to shift gears, diving into their first relationship, they're slammed with setbacks. If they want to truly move forward, before they hit the open road together, they're going to have to let go of a past that could make them crash and burn.

Rod is the sassy salesman from the toy store that Nick and Bryce go to in book 1. Now Rod has his own store. When Landon comes in for product he instantly knows he wants to get to know Rod better.

Sadly so many lgbt youth are treated horrible by their parents, told they are worthless because they are gay, destroying their self esteem and making future relationships difficult. Rods father was one of these vicious parents and despite Rod's bravado he hides a scared kid who doesn't feel he is worth of love until Landon.  Landon's parents fought all the time. They loved each other but did everything they could to tear each other apart, leaving Landon not trusting in love. But something about Rod makes him want to believe in love.

Sexy, and funny this is a great sequel. I felt there was something missing from book 1 but Riley Hart made up for that in this one. Very well done.