Skip to main content
Labels
Posted by Heidi (ReadingGrrl) May 26, 2018 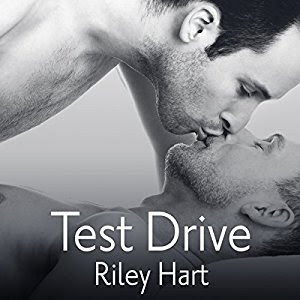 A double shot of devastating news turns Justin Evanson’s life upside down. When he learns his father has cancer, and he has siblings he never knew existed, he leaves everything behind and moves to Virginia to support his dad as he tries to make amends with his family—a family Justin’s not sure he has a place in. Things go from bad to worse when he discovers his recent hookup is his newfound sister’s brother-in-law.

Drew Sinclair never expected to see Justin after their night at the club or to discover their family connection. If anyone found out, it would give Drew’s brother another reason to hate him. But there’s something about Justin that draws him in, and it’s not only because they burn up the sheets together.

One meeting leads to another, and before Justin realizes it, Drew has become the only thing in his world he feels is his. And for the first time in his life, Drew knows what it means to be needed. Being there for Justin and supporting him when things spiral out of control feels right. But with so much happening so quickly, it’s hard to trust their feelings. Is this thing between them real? Or just a test drive before life forces them down two separate roads?

Much better than book 1, I find that I like Nick and Bryce more with each successive book than I did reading about them in book 1.

Drew has always been attracted to both men and women but has never followed through on his attraction to men until he meets Justin. Justin just found out he has 2 siblings he never knew about and his father is dying so hoping to blow off steam he heads for a night out on the town he meets the dazzling handsome Drew and hooks up with him on the dance floor of a club. But before he can learn more about him Drew takes off - just like Cinderella.

I really enjoyed this book, hot sex scenes but also deals with deep issues of loss, betrayal and feeling like an outcast. I love that the characters from the previous two books make frequent appearances in the book .

The narrator really found his rhythm in book 2 and it continues through this book.