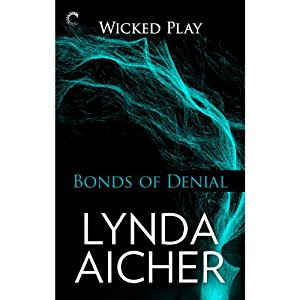 It's been 20 years since Rockford Fielding's father punished him for kissing another boy. Now a grown man with a military career behind him, Rock continues to deny his true desires, even while working security at The Den, the most decadent sex club in town. But after a year of watching gorgeous Carter Montgomery come and go on the arms of other men, Rock can no longer resist the cravings he's denied for so long.

Carter has just four months left on his contract with an escort agency, and he doesn't know whether to feel relieved or afraid. Being an escort is all he knows. Adding to his confusion is the way his latest client, the sexy but stoic Rock, makes him feel things he hasn't wanted in years.

One charmingly awkward date turns into two and soon the men are meeting off the clock. But with Rock in the closet and Carter unsure how to pursue a real relationship, how can they build a future both in and out of the bedroom?

Other than the fact that Rock works at The Den and is now a part owner this book is not a bdsm book.  Its definitely a romance between two men.  Rock has been running from is sexuality for 34 years. He is so deep in the closet that he can barely admit to himself that he is gay. He has been watching Carter, a male escort for the past year as he has come to The Den with clients and his attraction finally can't be denied. The beginning of their relationship is so heartbreaking and honest it just sucked me in. Rock is filled with so much self loathing and is so awkward its almost difficult to read. Carter starts out very confident but the further he gets in his relationship, the more comfortable he gets and the further he falls for Rock the harder it is for him to wrap his head around believing he could be so lucky.

This is a well done m/m romance that touches on so many topics, gays in the military, how family and friends react when you come out, the plight of sex workers being treated as inhuman, and how simply finding something good can be so scary.

Discover other books or products I like: https://www.amazon.com/shop/readinggrrl
Labels: bonds of denial lynda aicher m/m romance