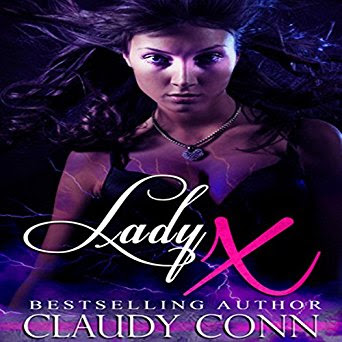 Exerilla is a white witch. Her father is a dark and dangerous warlock with an agenda to marry her to someone she despises. He has the power to do this before she reaches her majority, which will occur at Samhain, Halloween. Her mother has a plan and against her daughter's will, implements that plan, which sends Exerilla into the past, where she must remain until October 31st - months away. And magic is something she can't use because her father could trace it to her. Here is the problem, plans have a way of seeping from black and white into gray.

This book had some potential but it wanted to be too many things at one time. The romance worked for me but then toward the end everything just sped quickly toward a neat ending. It could have used a little more time. There are many subplots that if you aren't careful will leave you scratching your head about where you got lost. While the subplots were interesting they were just nuggets and then gone and sometimes they overtook the whole main plot. Overall the storyline was interesting I just wish the author had put a little more time into it not rushing it all to quickly in the end.