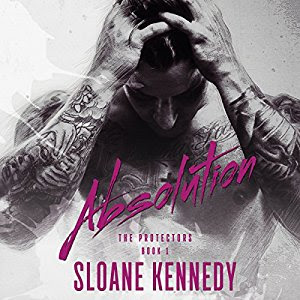 After four years abroad, artist Jonas Davenport has come home to start building his dream of owning his own art studio and gallery. But just as he's ready to put the darkness of his past behind him forever, it comes roaring back with a vengeance.

The only thing keeping ex-cop Mace Calhoun from eating his own gun after an unthinkable loss is his role in an underground syndicate that seeks to get justice for the innocent by taking the lives of the guilty. Ending the life of the young artist who committed unspeakable crimes against the most vulnerable of victims should have been the easiest thing in the world. So why can't he bring himself to pull the trigger?

After years of fighting in an endless, soul-sucking war, Navy SEAL Cole Bridgerton has come home to fight another battle - dealing with the discovery that the younger sister who ran away from home eight years earlier is lost to him forever. He needs answers and the only person who can give them to him is a young man struggling to put his life back together. But he never expected to feel something more for the haunted artist.

Cole and Mace. One lives by the rules, the other makes his own. One seeks justice through the law while the other seeks it with his gun. Two men, one light, one dark, will find themselves and each other when they're forced to stand side by side to protect Jonas from an unseen evil that will stop at nothing to silence the young artist forever.

But each man's scars run deep and even the strength of three may not be enough to save them...

I love a romance with a good story as well as well as smoking hot sex scenes and Sloane Kennedy delivers. Mace Calhoun works for an underground organization that takes out child predators that have escaped justice. His latest target is Jonas Davenport but something seems off. Its been 4 weeks since he was supposed to have taken out his mark but he can't force himself to do it. While he looks for answers to his indecision he gets closer to Jonas to try to figure out what makes him think that Jonas is innocent.

Cole Davenport seeks out Jonas to get answers to what happened to his sister. Opening those wounds leaves Jonas raw, and Cole who has never been attracted to men before finds himself drawn to Jonas.

Mace is jealous of Cole but he is also drawn to him in a similar way he is drawn to Jonas.  Soon the three men find themselves thrust into danger, while Mace and Cole struggle to protect Jonas, Jonas struggles with his feelings toward the two men and wonders if he can give them half of what they are giving him.

Two men with heartbreaking backstories, each trying to build a life, and move on from pain when they meet Jonas, who has been broken by his past as well. Can they learn to trust each other? Do they have to choose?

There is an actual story here that was really well written.  It sucks you in and you start rooting for the guys to save each other. Can't wait to read more in this series.