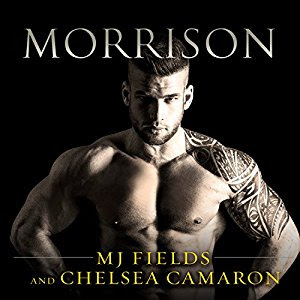 For Morrison Caldwell, life is a game of chance. A high roller with a legendary poker face, he’s the wild card of the family, always chasing the next thrill and never staying put for long. The one place that always lures him back is Las Vegas, with its hot tables and even hotter women. He’s perfectly content to live his life as a series of one-night stands. But when a parking lot confrontation with a cocktail waitress takes a naughty turn, she leaves Morrison aching for another round.

After a long losing streak in Sin City, Hailey Poe is ready to get lucky. A steamy tryst with a cocky, mysterious stranger is the kind of no-strings encounter she’s been craving . . . until Morrison Caldwell asks for more than she’s willing to offer. But when Hailey’s controlling, soon-to-be ex-husband tries to take her daughter away, she can’t afford to turn down a helping hand. In this winner-takes-all game, Morrison is gambling with Hailey’s life—and her heart.

The Caldwell brothers are stunningly hot, very loyal and when they find their One they don't shy away. All the Caldwell boys are still reeling from the death of their Mama.  They loved her dearly, hated the man who was their father and wished they could have protected her from his wrath.

Morrison makes his living playing cards.  He loves the game and loves nice things.  When he was growing up they didn't have nice things and taking beatings from his father taught him not to show any emotion.  He didn't have a tell...until he meets Hailey.

Hailey has spent her whole life being owned by someone, first her mother was traded through a card game, then her mother basically sold her to the loan shark of Las Vegas. He married her, gave her a child a nice home but always reminded her she owed him.  When she finally gets the courage to leave she finds Morrison right there to help her.  She doesn't want to accept help thinking he will just think he then owns her but Caldwell men are different. They like their women strong, they want them to stand on their own two feet and make their own decisions.

Watching Morrison fall in love with Haileys daughter was heart melting, listening to Hailey's story was heart wrenching, everything else was sexy as hell.  I love that Hendrix and Jagger are still a major part of this story even though most of it is set in Vegas. The bond between the brothers is fabulous. This is another hot, sexy, fun escape.