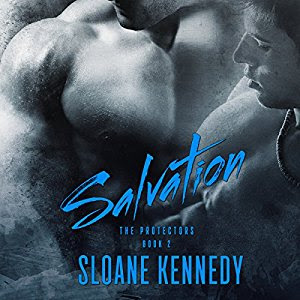 "I lifted my gaze to tell Seth no but then I saw it. The thing I'd feared I'd lost. It wasn't hero worship or the wayward emotions of an innocent child. And it wasn't some distorted reflection of a man who no longer existed. All I saw was me...the way he saw me." (Ronan)


Trauma surgeon Ronan Grisham lost everything the day the man he loved was stolen from him in a brutal attack. Driven by a thirst for vengeance, he turns his hatred into building an underground group that can do what he couldn't that fateful day...take the lives of the guilty to save the lives of the innocent. But years later, he's forced to confront the one link to his past that he can't sever.
Seven years after the loss of his parents in a violent home invasion that left him permanently scarred both inside and out, 21-year-old Seth Nichols is trying to put his life back together so he can take over the reins of his father's global shipping empire. But the last person he expects to come back into his life is the man he drove away with one innocent, stolen kiss.

With one brush of his lips, Seth managed to do to Ronan what no other had since the day Ronan watched the light in his fiancé's eyes go out forever. He made him need again. But Ronan can't need anyone, least of all his dead fiancé's younger brother. Because even one touch from Seth could shatter Ronan's carefully constructed world and Ronan knows there's no coming back from that a second time.

But when a series of escalating attacks against Seth forces Ronan back into his life, Seth knows it's his last chance to show Ronan he can be the man the broken surgeon needs. Only the Ronan who returns isn't the Ronan Seth fell in love with so long ago....

Can Seth be Ronan's salvation or will he end up destroying them both?

Sloane Kennedy does it again.  Another great romance with a good story as well as smoking hot sex scenes. We met Ronan in the last book - he was Mace's boss in the underground organization that took out bad guys that justice seemed to have let escape. Ronan was a surgeon before his fiance was murdered and he was left for dead. He always returns to keep an eye on his fiance's brother Seth who is now alone, after having suffered a horrible home invasion that left his parents dead and Seth barely hanging on.  Seth has always been in love with Ronan but Ronan belonged to his brother, can they move forward and put the past behind them?

This book also has a story other than the romance.  Seth is now in charge of his parents company although he struggles to leave the house. Bad things keep happening to Seth, is it coincidence or something more as Ronan assumes?

Well written, with beautiful hot sex scenes filled with emotion and passion.  I'm in love with this author.