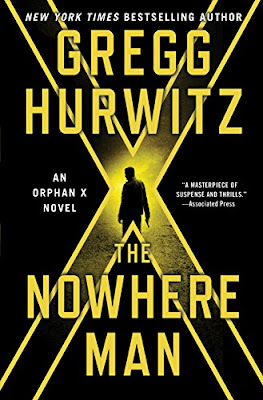 Spoken about only in whispers, the Nowhere Man can only be reached by the truly desperate, he can —He will do anything to save them.

Evan Smoak is the Nowhere Man.

Taken from a group home at twelve, Evan was raised and trained as part of the Orphan Program, an off-the-books operation designed to create deniable intelligence assets—i.e. assassins. Evan was Orphan X. He broke with the Program, using everything he learned to disappear and reinvent himself as the Nowhere Man.

But his new life is interrupted when a surprise attack comes from an unlikely angle and Evan is caught unaware. Captured, drugged, and spirited off to a remote location, he finds himself heavily guarded and cut off from everything he knows. His captors think they have him trapped and helpless in a virtual cage but they don’t know who they’re dealing with—or that they’ve trapped themselves inside that cage with one of the deadliest and most resourceful men on earth.

Evan finds himself captured in an unknown location, under guard by a number of trigger-happy mercenaries, and at the mercy of a sadistic, opportunistic individual with unlimited resources. His captors think they've got the best of Evan, but they don't understand who they're dealing with.

This book is uneven, parts are slow and almost redundant and then bam you remember why you like the first one so much and how kick ass Evan Smoak really is. The last 1/3 of the book really redeemed this book for me. Since Evan spends most of this book captive he isn't doing what he does best which is go after the bad guys.  I do like that Evan seems to be introspective during his capture and that plays out in the end, and I'm wondering where it will lead. Overall this is a good book but I'm hoping that the next one in the series will get us back to seeing more of Evan in action.