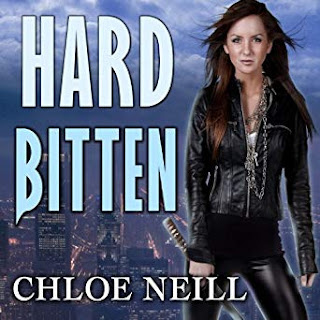 Times are hard for newly minted vampire Merit. Ever since shapeshifters announced their presence to the world, humans have been rallying against supernaturals - and they're camping outside of Cadogan House with protest signs that could turn to pitchforks at any moment. Inside its doors, things between Merit and her Master, green-eyed heartbreaker Ethan Sullivan, are tense. But then the mayor of Chicago calls Merit and Ethan to a clandestine meeting and tells them about a violent vamp attack that has left three women missing. His message is simple: get your House in order. Or else.

Merit needs to get to the bottom of this crime, but it doesn't help that she can't tell who's on her side. So she secretly calls in a favor from someone who's tall, dark, and part of an underground vamp group that may have some deep intel on the attack. Merit soon finds herself in the heady, dark heart of Chicago's supernatural society - a world full of vampires who seem to be ready to fulfill the protesting human's worst fears, and a place where she'll learn that you can't be a vampire without getting a little blood on your hands.

What an appropriate time to reading a book like this. I feel like real life is imitating art.  Protesters are outside Cadogan house protesting the presence of vampires in the city of Chicago and while the hate and distrust builds between the humans and the supernatural there are strange goings on in the city with Vampires acting aggressively

While Ethan and Merit believe that their old foe is back in town and causing havoc again they also have to contend with the Mayor who is putting pressure on Cadogan house to find out what is happening and fix it or suffer the consequences. In a race against time and while dodging misinformed humans Ethan and Merit try to find out what is causing vampires to go crazy and who is recruiting vamps from house bars.

This is one hell of a ride with one heck of an ending that will leave your breathless. The heat and tension between Merit and Ethan is taken up a notch and things start to look up for these two despite the chaos they are dealing with.

After finishing this book I'm a bit stunned but can't wait to pick up the next book to see what the hell happens from here.