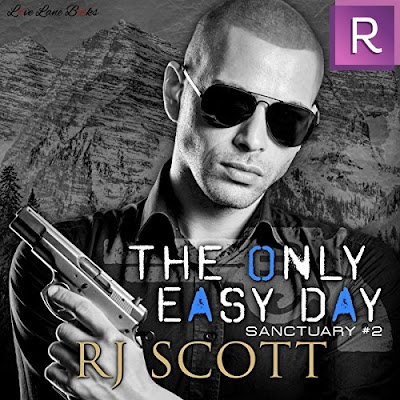 One dead girl, one scared witness, and two men trained as Navy SEALs. Whether searching for justice or revenge, the final showdown between them is the same - explosive!

Dale MacIntyre, former Navy SEAL, works for Sanctuary. He's the acting handler for a member of the Bullen family's inner circle. He is close to obtaining the evidence he needs to prove Elisabeth Costains death was ordered by them - until someone gets in his way.
Joseph Kinnon, active Navy SEAL, is back on US soil for the first time in months, and he is told the tragic news that his stepsister is dead, gunned down in an alley by an unknown assailant. He is determined to find out who murdered her - until someone gets in his way. They both want the same thing but have different methods of accomplishing their goals.

They both want the Bullen family brought to account, but one wants justice and the other wants revenge. What happens between them, however, has nothing to do with either.

Book 2 - The mystery and investigation is the same through all the books as everyone is trying to take down a mob family.  Each book could be a stand alone and has its own romance but for better cohesion its probably better to read the whole thing. The books are short....the audio of the first four books are only 3 -3 1/2 hours each and the kindle books seem to range around 250 pages each.

Joseph Kinnon comes home from assignment as a SEAL to discover his step sister has been murdered.  Determined to find out who killed her and why he goes looking for the people who can help him.  Dale works for Sanctuary and is friends with Nik and Morgan who was the eye witness to Josephs sisters murder.  Joseph and Dale team up to save the person that could have evidence that could legally take the Bullen family down once and for all. While they each bash heads a bit in the beginning it also ignites a flame of desire in both men. Can they put their desires aside and save their mark?

Discover other books or products I like: https://www.amazon.com/shop/readinggrrl
Labels: lgbt m/m romance RJ Scott Sanctuary The Only Easy Day