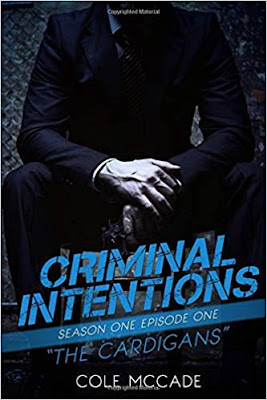 Icy. Willful. Detached. Stubborn. Seong-Jae is all that and more, impossible to work with and headstrong enough to get them both killed…if they don’t kill each other first. Foxlike and sullen, Seong-Jae’s disdainful beauty conceals a smoldering and ferocious temper, and as he and Malcolm clash the sparks between them build until neither can tell the difference between loathing and desire.

But as bodies pile up at their feet a string of strange, seemingly unrelated murders takes a bizarre turn, leading them deeper and deeper into Baltimore’s criminal underworld. Every death carries a dangerous message, another in a trail of breadcrumbs that can only end in blood.

Malcolm and Seong-Jae must combine their wits against an unseen killer and trace the unsettling murders to their source. Together, they’ll descend the darkest pathways of a twisted mind—and discover just how deep the rabbit hole goes. And if they can’t learn to trust each other?

Neither will make it out alive.

When a string of young queer men turn up dead in grisly murders, all signs point to the ex-boyfriend—but what should be an open-and-shut case is fraught with tension when BPD homicide detective Malcolm Khalaji joins up with a partner he never wanted. Rigid, ice-cold, and a stickler for the rules, Seong-Jae Yoon is a watchful presence whose obstinacy and unpredictability constantly remind Malcolm why he prefers to work alone. Seong-Jae may be stunningly attractive, a man who moves like a graceful, lethal bird of prey...but he's as impossible to decipher as this case.

And if Malcolm doesn't find the key to unravel both in time, another vulnerable young victim may end up dead.

I really enjoyed this book. Both Malcolm and Seong-Jae are gay but they aren't romantically involved, yet. There is definite tension and attraction there.  As unwilling partners in the Baltimore Police Department Malcolm and Seong Jae have to learn how to work together, one plays by the rules the other knows which rules can be bent. Both have an uncanny knack for seeing beyond what is at the crime scene, one follows his instincts and the other can get inside a murderers head. Together they are fabulous but their differences may stop them from working together the best way they can.

Queer kids are being murdered and there seems to be some tie to one particular person they all dated.  Could he be the killer or is the next target?