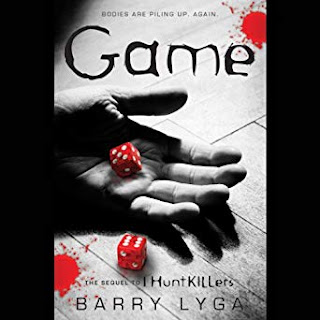 Hunt Killers introduced the world to Jasper (Jazz) Dent, the son of the world's most infamous serial killer. When a desperate New York City detective comes knocking on Jazz's door asking for help with a new case, Jazz can't say no. The Hat-Dog Killer has the Big Apple - and its police force running scared with no leads. So Jazz and his girlfriend, Connie, hop on a plane to the big city and get swept up in a killer's murderous game. Meanwhile, Jazz's dad, Billy, is watching... and waiting.

Jazz survived the impressionist, and now a NY city detective is banging on his door asking for his help in tracking down the Hat-Dog Killer. Although Jazz has been consumed with his father, Billly's escape from prison, Jazz agrees to help. Jazz, his girlfriend Connie and his best friend Howie all wind up as pawns in Billy's Game.

When all hell breaks loose in NY Jazz finds himself in hot water, the cops aren't sure if they should trust him or if he is as dangerous and crazy as his notorious father.  Jazz also discovers some personal information that rocks his world.

Another fabulous book in this series, it keeps you guessing. I love the characters who grow on me more with each installment. Well done and narrator Charlie Thurston does a great job holding your attention and keeping you interested.