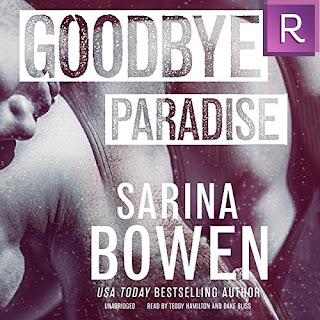 Most people called it a cult. But for 20 years, Josh and Caleb called it home. In Paradise, there is no television. No fast food. Just long hours of farmwork and prayer on a dusty Wyoming ranch and nights in a crowded bunkhouse. The boys of the Compound are kept far from the sinners' world. But Joshua doesn't need temptation to sin. His whole life he's wanted his best friend, Caleb. By day they work side by side. Only when Josh closes his eyes at night can they be together the way he craves. It can never be. And his survival depends on keeping his terrible desires secret.

Caleb has always protected Josh against the worst of the bullying at the Compound. But he has secrets of his own and a plan to get away - until it all backfires. Josh finds himself homeless in a world that doesn't want him. Can Caleb find him in time? And will they find a place of safety, where he can admit to Josh how he really feels?

Caleb and Josh grew up in a religious cult where young men tend to disappear at a certain age. No one really understands what happens to them but Josh knows he will be one of them. He is bullied and doesn't move as fast in the fields as some of the others but his friend Caleb always has his back. Strong and beautiful Josh has always felt something for Caleb that he knows he shouldn't and doesn't think that Caleb feels the same but they share a closeness that Josh hopes will be enough to sustain him until they come for him.

Caleb knows that Josh's time in Paradise is coming to an end and has been trying desperately to get things in place as a contingency plan. Caleb is leaving with Josh he never had a doubt even though he isn't sure if Josh has the same type of feelings for him as he does for Josh, he knows that he can't let him go.

I really liked this story as Caleb and Josh flee Paradise and try to make their way across the US to someone who will help.  Josh is clueless about the outside world and is in awe of so many modern things.  He also has no idea all the years of hard work have sculpted his lean body into a beautiful man. Caleb was lucky in that he had been allowed to go into town to gather supplies for Paradise so he learned many of the ways of the world.

This is a really nice love story about two men finding their way in a new world.  The sex scenes are hot and the story holds your attention.