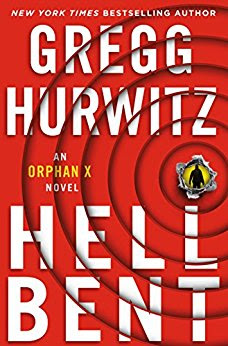 Taken from a group home at age twelve, Evan Smoak was raised and trained as an off-the-books government assassin: Orphan X. After he broke with the Orphan Program, Evan disappeared and reinvented himself as the Nowhere Man, a man spoken about only in whispers and dedicated to helping the truly desperate.

But this time, the voice on the other end is Jack Johns, the man who raised and trained him, the only father Evan has ever known. Secret government forces are busy trying to scrub the remaining assets and traces of the Orphan Program and they have finally tracked down Jack. With little time remaining, Jack gives Evan his last assignment: find and protect his last protégé and recruit for the program.

But Evan isn’t the only one after this last Orphan—the new head of the Orphan Program, Van Sciver, is mustering all the assets at his disposal to take out both Evan (Orphan X) and the target he is trying to protect.

I am very invested in this series.  I really like Evan.  He has stayed distant from society until recently when he has started to make connections in the real world which shake his normal existence. However he is still the deadliest assassin out there and while people are always trying to kill him this time its more personal.  When his handler and father figure Jack is targeted to draw him out Evan has had enough and goes after Van Sciver with a vengeance.  But now his main goal is not just to kill Van Sciver but also to find out who is pulling the strings of the Orphan program again. But his biggest obstacle will be the "package" Jack has asked Evan to keep safe because protecting it may cause cracks in his detached wall of solitude.

I think this book really made Evan feel real, you can see him wanting a normal life but it just doesn't seem like its possible.  I really wish/hope that there will be a way for Evan to have a life outside of his job. Looking forward to the next book which should pit Evan against his most deadly and powerful enemy yet.

Discover other books or products I like: https://www.amazon.com/shop/readinggrrl
Labels: Gregg Hurwitz Orphan X