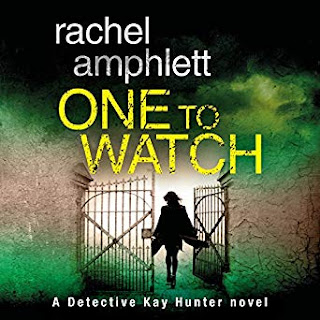 Sophie Whittaker shared a terrifying secret. Hours later, she was dead.
Detective Kay Hunter and her colleagues are shocked by the vicious murder of a teenage girl at a private party in the Kentish countryside.
A tangled web of dark secrets is exposed as twisted motives point to a history of greed and corruption within the tight-knit community.
Confronted by a growing number of suspects and her own enemies who are waging a vendetta against her, Kay makes a shocking discovery that will make her question her trust in everyone she knows.

I am totally hooked on this series. I love Kay, her relationship with her husband and her relationship with a small set of her colleagues. While Kay is still having issues with some of the people she works with due to the Moral Standards investigation she was cleared of she still finds herself working to clear her name.

In this book Hunter is untangling the death of a young girl at her purity pledge party.  It seems this young woman took a vow of chastity before marriage and pledged herself to another young man. Yet she was far from chaste, in fact she was pregnant. Whoever the father is may be the killer.