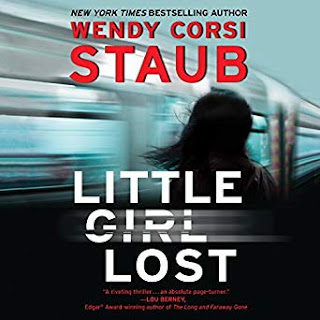 MAY, 1968
On a murky pre-dawn Mother's Day, sinister secrets play out miles apart in New York City. In Harlem, a church janitor finds an innocent newborn in a basket. In Brooklyn, an elusive serial killer prowls slumbering families, leaving a trail of blood and a twisted calling card. Cloaked in lies, these seemingly unrelated lives - and deaths - are destined to intersect on a distant, blood-soaked day.

OCTOBER, 1987
Reeling from shocking personal discoveries, two strangers navigate a world where nothing is as it seems. Amelia Crenshaw embarks on a search to discover the truth about the birth mother who abandoned her, never suspecting she's on a collision course with a killer. Detective Stockton Barnes, a brash young NYPD detective, trails a missing millionaire whose disappearance is rooted in a nightmare that began 20 years ago.

The past returns with a brutal vengeance as a masked predator picks off victims whose fates intertwine with a notorious murder spree solved back in '68 - or was it?

This was a complicated mystery with a lot of characters with nicknames and was often hard to follow. I really struggled with Amelia who seemed so bitter and angry at her parents for not having any money that she came off as much younger than she was supposed to be.  Even her new found friend who was also complaining about being a foundling wasn't nearly as whiny as Amelia's character although that seemed to shift at the very end.   I was very confused as to why all these people had to die, I understand that there was something about the end of days or something like that but it all didn't make much sense to me. I was also a bit confused how all the women from the first murders wound up pregnant - was he timing their cycles? it was never explained.  Overall this book was hard to get through just when I found myself following it something new was thrown in and I wasn't sure how it all fit or why.  There is a second book in this series and I am reluctant to read it but it did get better reviews than this one so I may be tempted to check it out but its not high on my to be read pile.