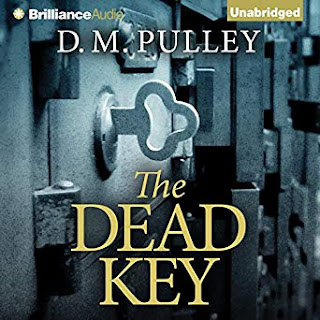 It's 1998, and for years the old First Bank of Cleveland has sat abandoned, perfectly preserved, its secrets only speculated on by the outside world.

Twenty years before, amid strange staff disappearances and allegations of fraud, panicked investors sold Cleveland's largest bank in the middle of the night, locking out customers and employees, and thwarting a looming federal investigation. In the confusion that followed, the keys to the vault's safe-deposit boxes were lost.

In the years since, Cleveland's wealthy businessmen kept the truth buried in the abandoned high-rise. The ransacked offices and forgotten safe-deposit boxes remain locked in time, until young engineer Iris Latch stumbles upon them during a renovation survey. What begins as a welcome break from her cubicle becomes an obsession as Iris unravels the bank's sordid past. With each haunting revelation, Iris follows the looming shadow of the past deeper into the vault - and soon realizes that the key to the mystery comes at an astonishing price.

This book is an intricately plotted mystery.  Chapters alternate between the present and the past.  Twenty years ago the First Bank of Cleveland closed its doors and has sat abandoned, until Iris is sent to do a renovation survey on the premises.  While there she discovers that the bank is like a tomb from the past, no files have been removed, personal items are still in desk drawers and there are strange doors that no one seems to have the key to.  As Iris starts piecing together the mysteries of the bank people start to follow her, and the more she knows the more at risk she is. She isn't sure who to trust and with each new revelation it seems that there aren't many people she knows that are trustworthy with the secrets she knows.

Twenty years in the past two women stumble upon a huge conspiracy, one that is putting them both in harms way.  The deeper down the rabbit hole they go the more people want to see them dead.  What happened to these two women? Did they succeed in exposing the banks dirty secrets?

I'm not going to give anything away.  This book had me riveted, I was routing for the two women in the past and we do get some closure on what happened to at least one of them, and in the present I was routing for Iris.  This book is not sunshine and roses and it shows just how deep some conspiracies may go.  Well written with good narration and great strong female characters.