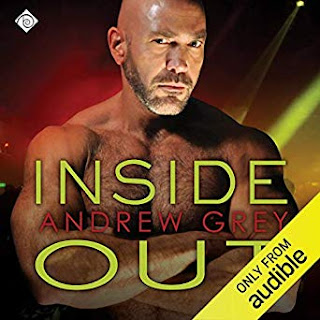 Former mercenary Bull Krebbs now heads up security at his nightclub in Harrisburg, PA. Working the door night after night, he's seen it all. Though tough on the outside, he's a little hurt that people find him unapproachable. Then he pulls a cute twink out of line to perform a random search, and he's surprised when the guy giggles and squirms.


Zach Spencer, graphic artist, twink, and seriously ticklish, isn't intimidated by Bull. He's in awe, and when Bull saves Zach from being trampled on the dance floor, Zach finds his inspiration for the superhero in his graphic novel.


Soon Zach wants more and makes his move by asking Bull on a date. Though small, he has a backbone of steel. He'll need it—their happily ever after is thwarted at every turn, including by Bull's interloping mother showing up unannounced and enemies from Bull's past threatening to pull him to the other side of the world.

Zach is a graphic artist working for a man who likes to scream at his employees and take credit for their work.  When Zach's friends take him out for his birthday to a male review show he meet Bull who is guarding the door. Bull is a big scary man but Zach doesn't see him that way.  In fact the next day Zach has transformed Bull into a comic book hero.

Zach's friends encourage him to get in contact with Bull and ask him about his job to get story lines for his comic. Bull is used to people being afraid of him and has found himself avoiding relationships in favor of one night stands until Zach.  Something about Zach makes Bull want more than just a 1 night stand.

As Zach and Bull get to know each other they get interrupted by Bulls mother and later by someone from his past.

I was pleasantly surprised by this book and was happy to discover this was part of a series.  Overall its a romance so there is a formula to the whole thing but the story is good and I like Bulls character there is much more to him than meets the eye.  Well written with some really fun moments.  I also appreciated that Zach's character wasn't as helpless as he may appear.