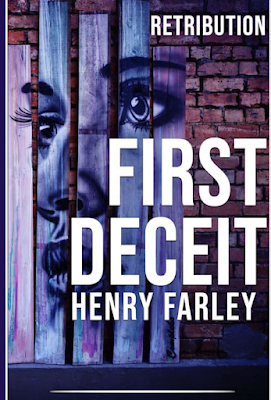 When the duo target Irish-American tycoon Simon Walsh, their payday could well be their last. As the scam goes dangerously wrong, Jack attempts a different form of deceit to con Walsh for even more than originally planned. His scheme, however, involves his contacts in the criminal underworld.

Will Jack be able to pull off his largest con ever, and live out the rest of his days very comfortably well-off? Will he be able to settle down with Elsa as he had promised her? Or is this deceit a step too far?

This book is a revised version of the book "Better Dead Than Alive: The sea asks no questions and tells no lies" by Henry Farley.

Jack and Elsa run scams on married men. Jack is an ex NY city copy who is now a PI and Elsa works as a dancer at a NY strip club run by and ex attorney who has ties to the criminal underworld. Jack and Elsa have decided to pull one last scam, and target Simon Walsh, unfortunately things don't go as planned and Simon thinks that he kills her.  Will Jack and Elsa be able to collect on this mark or are things spiraling too far out of control?

This was a good face paced mystery with an utterly unlikeable mark (Simon Walsh). My biggest complaint is how abruptly this book ended! I now realize that this is the first in a series but it feels more like a serial than a series since the books ends mid story.

Disclaimer: I received an advanced copy of this book from the publisher in exchange for an honest review.

Discover other books or products I like: https://www.amazon.com/shop/readinggrrl
Labels: First Deceit Henry Farley