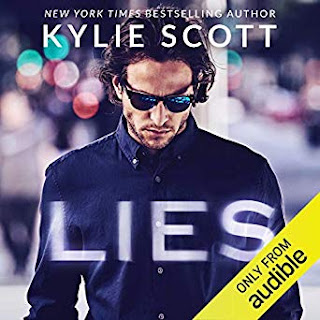 Betty Dawsey knows that breaking things off with Thom Lange is for the best. He's nice, but boring, and their relationship has lost its spark. But steady and predictable Thom, suddenly doesn't seem so steady and predictable when their condo explodes and she's kidnapped by a couple of crazies claiming that Thom isn't who he says he is.

Thom is having a hellish week. Not only is he hunting a double agent, but his fiancé dumped him, and thanks to his undercover life, she's been kidnapped.

Turns out Thom is Operative Thom and he's got more than a few secrets to share with Betty if he's going to keep her alive. With both their lives on the line, their lackluster connection is suddenly replaced by an intense one. But in his line of work, feelings aren't wanted or desired. Because feelings can be a lethal distraction.

Just as Betty is packing her car to leave her fiancé because he is boring, their apartment blows up throwing Betty into a world she never thought much about.  As she is about to be tortured Thom walks to save the day only this isn't the Thom Betty is used to, this Thom is self assured, and carries himself like he has nothing to fear. Turns out Thom isn't the boring predictable man she thought he was in fact he is an operative for a secret organization.  Now people are hunting him and Betty is their way to get to him.

Thom is shocked when he learns Betty wants to leave him, while trying to save them, he also tries to convince Betty that he really does love her.

Not your ordinary romance which worked.  Well written with great characters.  I could totally see this turning into a series.