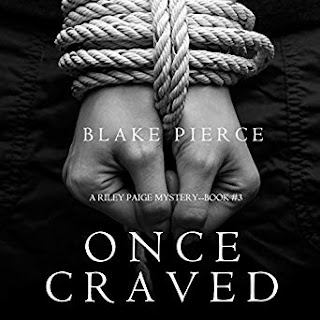 When prostitutes turn up dead in Phoenix, not much attention is paid. But when a pattern of disturbing murders is discovered, the local police soon realize a serial killer is on a rampage and they are in way over their heads. Given the unique nature of the crimes, the FBI, called in, knows they will need their most brilliant mind to crack the case: Special Agent Riley Paige.

Riley, recovering from her last case and trying to pick up the pieces of her life, is at first reluctant. But when she learns of the grievous nature of the crimes and realizes the killer will soon strike again, she is compelled. She begins her hunt for the elusive killer and her obsessive nature takes her too far—perhaps too far, this time, to pull herself back from the brink.

Riley’s search leads her into the unsettling world of prostitutes, of broken homes, and shattered dreams. She learns that, even amongst these women, there are glimpses of hope, hope being robbed by a violent psychopath. When a teenage girl is abducted, Riley, in a frantic race against time, struggles to probe the depths of the killer’s mind. But what she discovers leads her to a twist that is too shocking for even her to imagine.

Riley Paige is trying to recover from her daughter being kidnapped by the same killer that snatched her and also what she had to do to save them both. But killers never rest and Riley Paige is the best profiler the FBI has. So once again she is called in to help figure out who is killing prostitutes and dumping their bodies in area lakes While on the hunt for the killer Riley finds herself disturbed by the sad life of these women working the streets, in particular the girls who are selling their bodies because they can't think of any other way to escape the horrible lives that had at home. Riley is also really struggling with work life balance and feeling guilty about returning to work. This is a great series and I really appreciate the struggle Riley has with regard to her daughter and trying to be supermom.

Once again my biggest issue is that this book is read by a woman with a British accent yet it is set in the USA so it throws me off and I find that I have to keep reminding myself that this isn't the UK.