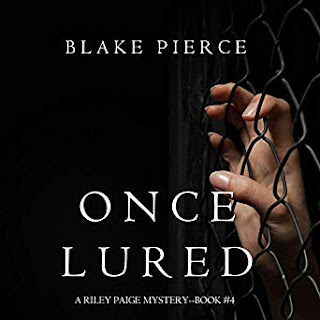 Women are turning up dead on a lone stretch of highway in Delaware. Some go missing for an inexplicable length of time, while others are turning up dead, their bodies left out for display in bizarre and mysterious ways. When a pattern is discovered, it becomes clear to the FBI that a twisted serial killer is on the hunt—luring girls in devious schemes—and that he won’t stop killing, ever.

The FBI, desperate to crack the case, urges Special Agent Riley Paige to take it on. But the brilliant Riley, still reeling from past cases, has finally found peace in her home life, and is determined to help her daughter April get back on her feet. Yet when the murders become too disturbing, too urgent—and when her former partner Bill implores her—Riley finally realizes she can’t say no.

Riley’s hunt leads her deep into the unsettling world of hitchhikers, of drifters, of women that no one else cares for. When she discovers that several women are being kept alive and that there is still time to save them, she realizes she will stop at nothing, obsessing over the case and driving herself to the brink. Yet Riley realizes her own life is falling apart, and her own fragile psyche can barely handle the strain. In a frantic race against time, she will have to plunge deep into the killer’s mind to save these women—and to save herself—from collapse.

I love this series but I'm getting tired of Riley constantly getting fired or threatened with being fired. She is the only one who seems to know what they are doing, its about time they start listening to her! In this book Riley Paige is lured into the mystery of who is dumping the starved bodies of young women posed in strange positions.

Riley is really suffering in this book with PTSD, and trying to keep her family together. Her daughter April is still struggling and also still a teenager, and Riley is having nightmares and flashbacks. She knows there is something she is missing in this case but can't put her finger on it and as another girl goes missing she knows she is running out of time.

Fast paced, disturbing story with a great female lead.  Can't wait for the next one.