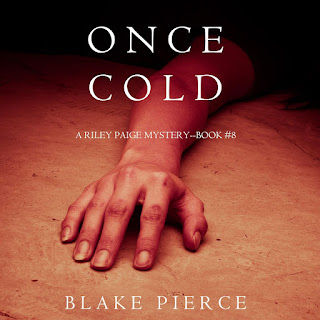 There is one cold case that has plagued Special Agent Riley Paige for her entire career, dwelling at the corners of her consciousness, forcing her to return to it again and again. The only case she has never solved, she has finally put it out of her mind.

Until she gets a call from the murdered victim's mother.
It spurs Riley to face the case once again, and to not give up until she has found answers.
Yet Riley barely has time to catch her breath when she receives a lead for another cold case, one which, if possible, strikes an even deeper note within her. It is a lead that promises to solve the case of her own mother's killer.

And it comes from Shane Hatcher.

Cold cases were never Riley's thing but there is a case that has been nagging at her since she was a young FBI agent.  It wasn't her case but she has formed a bond with one of the victims mothers.  She calls every year on the anniversary of her daughters death.  The killer has stopped but has never been found.

While working on the cold case she gets a call from her special escaped psychopath Shane Hatcher who gives her clues as to who may have killed her mother and helps her with he profile for the cold case.

Now with a foot in each case Riley struggles to stay strong and not get lost in the mystery that has haunted her since she was small and she believes turned her father into the angry lonely man he became.

Can Riley find justice for both her mother and the people who were brutally killed a long time ago? Can she do it and stay sane and be able to keep her family intact.

This is a fast paced thrill ride, what will Riley do if she finds her moms killer? Is Shane right that she is just like him? Why did the other killer suddenly stop killing? These books get better and better.