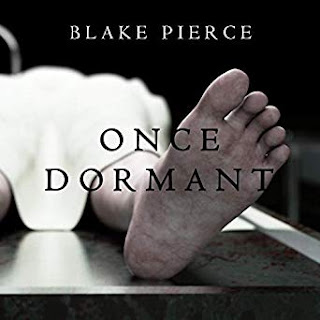 After lying dormant for 10 years, an elusive serial killer strikes again, leaving few clues—and the only way for FBI Special Agent Riley Paige to catch him in the present is to solve the riddles of the past.

Women are turning up dead, and in this dark psychological thriller, Riley Paige realizes she is in a race against time. The murders of the past were too perplexing to be solved back then. Can Riley solve them 10 years cold? And connect the dots to the present-day crimes?

When Riley finds her personal life in crisis, playing cat and mouse with a brilliant psychopath may just be too much for her. Especially since there is something that is just not sitting right with this case….

People in a small town are winding up dead from a hammer, the same thing happened to a family 10 years ago. With the similarities between the cases the FBI tries to insinuate themselves into the investigation.  The local sheriff doesn't think he needs help but some of his officers feel different.  The one female officer on the force is dedicated to this case since her father was the one to investigate the crimes 10 years ago and it was a cold case that his plagued him ever since.  Now in a nursing home with early dementia trying to get his help is difficult and it seems like he may be a suspect in these new murders instead of a help. Can Riley solve the crime and exonerate a well liked ex cop whose memory is slipping?

Fast paced, good characters, Riley is also dealing with trouble at home, and once again leaves her job to try to help her family only this time she gets caught, angering her supervisor who is always looking out for her.