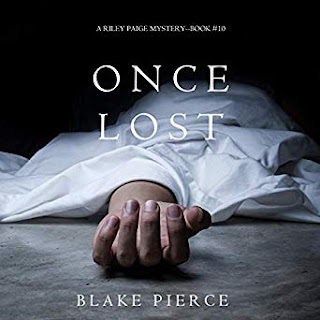 Still reeling from her former partner Lucy's death and from her partner Bill's PTSD, FBI Special Agent Riley Paige does her best to try to keep herself stable and to patch together her family life. She has to decide what to about April's boyfriend, recovering from his abusive father, and about Blaine, who is ready for their relationship to move ahead.

But before she can work it out, Riley is summoned for a new case. In an idyllic suburban town in the Midwest, teenage girls are going missing - and a body has already turned up. The police are stumped, and Riley is called in to catch the killer before another girl goes missing.
Making things worse is that Riley is assigned a partner she does not want - her nemesis, Special Agent Roston - who had been interrogating her in Shane's case.

Even worse: Shane is on the loose, he wants revenge - and he has Riley's family in his sights.

New Narrator and as much as I had a hard time with Elaine Wise's narration since she had a British accent this narrator was not a good change in my opinion.  She still has a British accent although she masks it and sounds more like she is from the US, however you can hear her swallow while she reads and it is distracting to me.  I much prefer Elaine especially after 9 books read by her to me she is Riley.  Its like switching actresses mid season in a TV show.

We are introduced to a new agent who will be replacing Lucy, and I'm unsure of her.  Is she out to get Riley or is she on her side? Only time will tell. I'm sad for Bill, his struggles about what happened to Lucy.

I must be one of the strange ones because I love Shane Hatcher.  There is something about him that makes me not want him getting caught. However in this book his menacing side is shown as he feels that Riley has betrayed him.