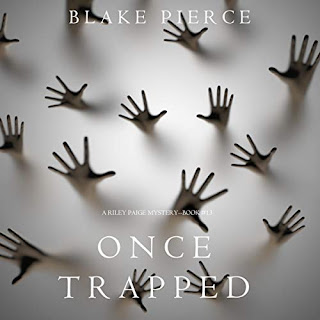 In this dark psychological thriller, a wealthy husband turns up dead, and his abused wife is charged with the crime. She calls Riley for help - and yet it seems clear she is guilty.

But when another wealthy, abusive husband turns up dead, the FBI is called in, and FBI special agent Riley Paige wonders: Is this all a coincidence? Or could this be the work of a serial killer?

What ensues is a game of cat and mouse, as Riley Paige realizes she is up against a brilliant and unpredictable killer, one without a clear motive - and one determined to keep on killing until he is caught.

Not gonna lie these husbands deserved some retribution and I was kinda routing for the killer in the beginning.  As more wealthy husbands turn up dead Riley Paige is called in to try to solve the case.  Their don't seem to be any leads or connections between the deceased but after some careful digging Riley finds a link, not between the husbands but between the wives.

Another fun mystery, I also enjoy the evolution of Riley's relationships with her kids and her boyfriend and ex husband.