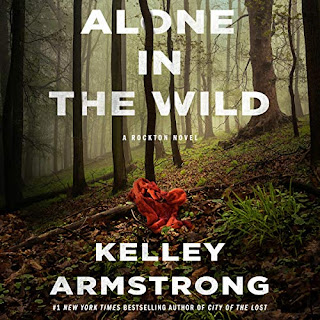 Every season in Rockton seems to bring a new challenge. At least that's what Detective Casey Duncan has felt since she decided to call this place home. Between all the secretive residents, the sometimes-hostile settlers outside, and the surrounding wilderness, there's always something to worry about.

While on a much needed camping vacation with her boyfriend, Sheriff Eric Dalton, Casey hears a baby crying in the woods. The sound leads them to a tragic scene: a woman buried under the snow, murdered, a baby still alive in her arms.

A town that doesn't let anyone in under the age of 18, Rockton must take care of its youngest resident yet while solving another murder and finding out where the baby came from - and whether she's better off where she is.

Casey and Eric are on vacation, well thats what they call 3 days of camping in the yukon wilderness in the dead of winter with snow on the ground. Things have been relatively calm in Rockton so the Sheriff and Casey take a few days to themselves, only Casey always seems to be able to sniff out dangerous situations.  While looking for kindling for the fire Casey hears a baby's cry and rushes off to find a dead woman with a baby under her jacket.

Finding this child in the wilderness really challenges both Eric and Casey.  Casey was attacked when she was younger and her attack led her to be unable to carry a baby to term, Eric was found in the wilderness as a child and was deemed abandoned even though his biological parents were looking for him.  With this baggage between them, they decide to seek out the baby's family and decide for themselves if the parents are fit to raise this child and how it wound up strapped to a dead woman in the woods.

On their quest they meet up with the settlers from both camps that split from Rockton a long time ago and a trading family that uses their young women as trade goods. It was fascinating to learn more about the other settlers that live nearby and they also get more information on the "hostiles".  The dangerous band of people who seem to have reverted to their primitive selves, filing their teeth into points, and killing anyone that stands in their way.

I really love these books, the survival of people in these primitive conditions and how they cope. The way people who were hoping for a simpler way of life really work hard day to day just to survive.  I also love Casey and Eric and the weird people of Rockton.  Armstrong really makes these characters come alive. This test of Casey and Eric's relationship goals should prove to be interesting as these books progress.