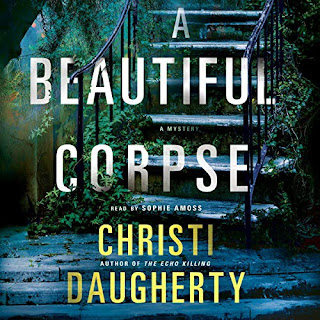 For a woman, being killed by someone who claims to love her is the most ordinary murder of all.
With its antebellum houses and ancient oak trees draped in a veil of Spanish moss, Savannah’s graceful downtown is famous around the world. When a woman is killed in the heart of that affluent district, the shock is felt throughout the city. But for crime reporter Harper McClain, this story is personal. The corpse has a familiar face.

Only twenty-four years old, Naomi Scott was just getting started. A law student, tending bar to make ends meet, she wanted to change the world. Instead, her life ended in the dead of night at the hands of an unseen gunman. There are no witnesses to the crime. The police have three suspects: Scott’s boyfriend, who has a criminal past he claims he’s put behind him, her boss, who stalked another young bartender two years ago, and the district attorney’s son, who Naomi dated until their relationship ended in acrimony. All three men claim to love her. Could one of them be her killer?
With the whole city demanding answers, Harper unravels a tangled story of obsession and jealousy. But the pressures on her go beyond the murder. The newspaper is facing more layoffs. Her boss fears both their jobs are on the line. And Harper begins to realize that someone is watching her every move. Someone familiar and very dangerous.

Someone who told her to run before it’s too late…

Harper is enjoying a night out with her friend and bartender when she gets a call to go to the scene of a murder in a busy tourist district.  When she gets there she discovers she knows the woman who was killed.  Naomi Scott was a law student and her boyfriend is looking like the only suspect.  However things just don't add up.  Naomi was being harassed and stalked by the son of the ex District Attorney, a powerful family who unless you have irrefutable proof you stay clear of.  In addition Harper is still being stalked by someone.  They are breaking into her home despite her new security measures and there is a definite connection to her mothers murder.

After the last book Harper is not on the list of people that are popular with the police anymore.  She is being harassed and roadblocked at every turn after she gave testimony against her mentor and police Lieutenant in a murder trial. Now considered a traitor the police aren't very willing to listen to anything Harper has to say.

This is a great follow up to Echo Killing.  I really like the characters and really appreciate Harpers conflicted relationship with her old mentor. There is a lot going on in this book and it sucks you in and keeps you guessing and riveted.  The narration was excellent and Harper is a sharp, excellent lead character.  I'm excited to keep up with this series.