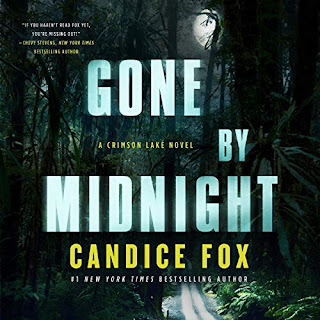 Four young boys are left alone in a hotel room while their parents dine downstairs. When Sara Farrow checks on the children at midnight, her son is missing.

Distrustful of the police, Sara turns to Crimson Lake’s unlikeliest private investigators - disgraced cop Ted Conkaffey and convicted killer Amanda Pharrell. For Ted, the case couldn’t have come at a worse time. Two years ago, a false accusation robbed him of his career, his reputation, and most importantly, his family. But now, Lillian, the daughter he barely knows, is coming to stay in his ramshackle cottage by the lake.

Ted must dredge up the area’s worst characters to find the missing boy. The clock is ticking, and the danger he uncovers could well put his own child in deadly peril.

Ted Conkaffey is living in a ramshackle cottage tending to his geese and trying to escape the nightmare that his life has becomes after losing his job as a cop and being accused and imprisoned of raping and killing a young girl. Ted knows all about being falsely accused, so when the parents of a missing boy ask that he help with the investigation of their son he decides to take the case along with his wacky side kick Amanda Pharrell.  Amanda has a way of rubbing everyone wrong, she has no social skills but has an unerring sense of observation. She often sees things others can't.

I love this author and I really enjoy the character of Amanda and her quirky ways.  In some ways she will always remind me of a slightly less mysterious character than Lisbeth Salander from The Girl With the Dragon Tattoo. This is a great series that sucks you. The characters are well developed and I have a real sympathy for Ted. Amanda just brings a sort of comedic relief to the story of a missing boy. Candice Fox continues to hook me with her stories.