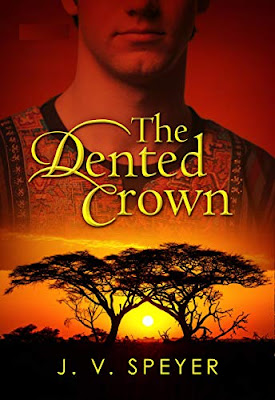 Two kingdoms. Two princes. One secret to break them, or to bind them.

When a rowboat washes up on the riverbank, Prince Malires puts his kingdom’s security first. The dead man lying in the boat can’t answer many questions, but the seriously injured survivor might be able to give Malires some details about what happened in the hostile kingdom to the north. If, that is, the young man ever wakes up.

Malires knows who the survivor is: Prince Aleric, youngest son of the King of Gerelen. He’s the most renowned warrior that Gerelen has ever known, and Malires has barely survived their previous encounters. Only his need to understand why Gerelen suddenly stopped communicating with the outside world keeps him from taking advantage of the situation and taking out this threat to his kingdom.

It has nothing to do with the sudden discovery of how beautiful Aleric is.

Unfortunately for Malires, when Aleric does awaken he has no memory of who he is or even of his own kingdom. The court physicians insist that Aleric’s memories must return naturally, or else they might be lost forever.

While both men recognize the urgent need for answers, they cannot fight their attraction for one another. Aleric comes to feel just as defensive of Malires’ kingdom as he once did of his own. When the truth comes out, will love conquer all, or will misunderstanding and pride drive Aleric to a desperate undertaking?

The Prince of a rival kingdom washes up on the shore with no memory of what happened.  Despite repeated attempts no one has been able to penetrate or get word from his kingdom.  As Prince Malires's sister nurses Aleric back to health an attraction starts to build between the two Princes.  Aleric however doesn't know he is a Prince and comes from a kingdom where same sex relationships are frowned upon.  This doesn't deter Malires from pursuing him though.  As their relationship grows so does the danger that took over Aleric's kingdom and his memory starts slowly returning.  Will their relationship survive Aleric getting his memories back? Can they stop the danger from spreading to Malires kingdom?

Interesting fantasy book with magic, sword fighting and same sex attraction.  Malires and Aleric aren't the only same sex couple in this book.  I really liked this book and it held my attention until the end.