BOOK BLITZ: The Witches of Vegas by Mark Rosendorf 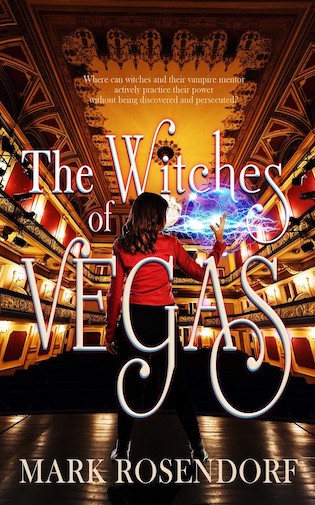 Where can Witches and their vampire mentor practice their powers without being discovered or persecuted?

By using their magic, the Witches of Vegas become the number one act performing on the Las Vegas Strip—a great achievement for them, but not so much for the magicians—who can’t possibly keep pace.

Isis Rivera is the adopted fifteen-year old daughter of The Witches of Vegas. Zack Galloway is the teenage nephew and assistant to the last magician left in the city. Although they should be rivals, when Valeria, a four-hundred-year-old witch with a long-seeded grudge against humanity arrives in Sin-City, both teens act to bring their families together to stop the evil hag in her tracks.

But can the combined witches’ powers and the ingenuity of the magicians be enough to stop Valeria from taking over the city and possibly the world?

Sebastian’s voice boomed through the theater. “Ladies and gentlemen, for the last five and a half years, you have had the opportunity to experience The Witches of Vegas four nights and three afternoons a week right here at the Sapphire Resort and Casino’s main theater. But today, you will be the very first audience to witness something truly spectacular!”

Isis’ shoulders tensed. A knot formed in the pit of her stomach. She had levitated many times, but never in front of more than four people. This time, it would be in front of over four thousand strangers. Wow, goosebumps popped out all over her arms and legs. She took deep breaths, just as they taught her, in through the nose and out through the mouth. It always helped calm her nerves. Right now, they really needed calming.

“We are about to bring out a new, young witch to the stage,” Sebastian explained. “She will have you believing that a young girl can become lighter than air!”

“Ladies and gentlemen, put your hands together for the future goddess of magic, Isis!”

The crowd applauded. A slow, soothing music played through the speakers. Isis took a deep breath, then stepped out from behind the curtain. She could hear the audience but couldn’t see them behind the blinding spotlights. “Lighter than air,” she whispered a few more times.

Isis raised her right foot as if resting it on the first step of a long staircase. She placed her left foot next to the right. A few inches separated the soles of her bare feet from the stage floor. The crowd let out an “ooh.”

Time to make them “ahh.”

Isis reached up with both hands, then, like a swimmer at the bottom of a pool, pulled her body straight up. She floated until her hands touched the ceiling. Way too high. Isis pushed against the ceiling so she’d float down ever so slightly. She let her body go horizontal, then breast-stroked past the spotlights and directly over the audience. Astonished faces pointed her way.

“Lighter than air,” she said once again as a reminder to herself not to lose concentration.

Several feet ahead, a metal hoop hung from a rope attached to the ceiling. It had been placed there specifically for Isis’ benefit. Isis through the air until she passed through the hoop. 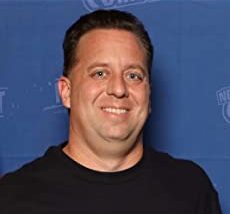 Mark Rosendorf 's writing is based on the personalities and experiences he has come across throughout his life, coupled with his own wild "if only I could do that" imagination. He is the author of the young adult series, The Witches of Vegas. He is also credited with The Rasner Effect series, a suspense/thriller trilogy published between 2009 and 2012.

Born November, 25th, 1974, and raised in Queens New York, Mark holds a Master's Degree from Long Island University's Human Development and Leadership program. He is a licensed Guidance Counselor for the New York City Department of Education's special education district. He began his counseling career in September, 2001. Prior to that, he worked in the hotel industry.

Mark has also moonlighted as a professional magician. Today, he teaches magic and Illusion to his students in order to teach teamwork while developing their confidence.

Having accomplished his goals of becoming an author, Mark decided on an early retirement from writing. Then, one night, at two a.m., a new and unique story shot into Mark's brain like a lightning bolt, screaming for him to write it. Mark found himself spending several nights taking notes on the characters and their stories. That is how The Witches of Vegas was born.