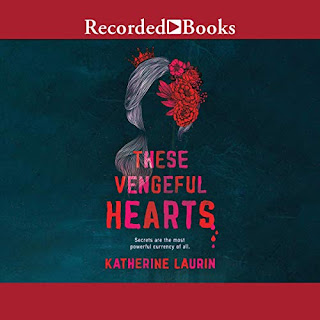 Whenever something scandalous happens at Heller High, the Red Court is the name on everyone's lips. Its members deal out social ruin and favors in equal measure, their true identities known only by their leader: the Queen of Hearts.

Ember Williams has seen firsthand the damage the Red Court can do. Now, she's determined to hold the organization accountable by taking it down from the inside. But will the cost of revenge be more than she's willing to sacrifice?

Ember Williams is determined to take down the Red Court, that rules her school.  The Red Court makes deals and will take people down in return for a favor later on.  Even if you graduate your favor still can be called in.  Ember's sister was hurt by the Red Court and Ember has sworn vengeance on them but first she has to become one of them. After she does that can she remain on task or will the power go to her head?
This is an interesting YA novel that shows honesty is the best policy and that things that seem so important in school really don't mean that much later on.  Its about what lengths you are willing to go to in order to have your request come true. Are you willing to hurt other people for nothing more than a favor?
I really liked the narration and the struggle of the main characters. The ending wasn't a huge surprise to me but it worked well.  I really enjoyed this book.

Disclaimer: I received this book through netgalley.com from the publisher in exchange for an honest review.
Labels: audiobook Katherine Laurin Laura Knight Keating netgalley RB Media These Vengeful Hearts