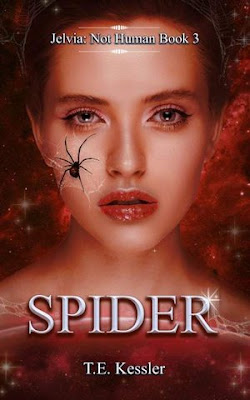 Beth has nothing to lose, but that doesn’t mean she’s ready to give up.
Bethany Roberts was born into a privileged life, but all that was taken away when, at nine years old, a car crash killed her older brother, and her mother received life-changing injuries. Beth’s younger sister was too young to understand how the pressure affected their father and only saw him as a fun-time dad, spending money and giving them expensive holidays. But Beth was old enough to realise he was spending far beyond their means and drinking too much.
He lost them their beautiful home and lifestyle. As Beth grew, she became a carer to both her parents and a mother to her sister, Lara. She gave up school and took menial jobs to keep a roof over their heads.
Beth managed.
But it all came crashing down when Lara, now seventeen years old, became a statistic of the Jelvian onslaught on humankind.
She disappeared.
And Beth, now twenty-five, has nothing to lose.
Nothing what so ever.
She is going to get her sister back.

I've read the other 3 books in this series and I liked them much better than this one.  I just felt as if this one left me hanging at the end and I was very unsatisfied.  I feel the the author wasn't as invested in this book as she was in the others.  While it is set in the world of the other books the interaction with the Jelvia didn't seem as much a main focus in this book as it was in others.  It was almost an afterthought. While I liked the story of Beth and her distrust of Jelvia and her fathers alcoholism and her mothers brain injury the interaction between her and Spider seemed forced.  I also struggled with Beths faith in her ex-boyfriend and didn't understand why she trusted him so much but knew so little about him after dating him for 5 years.  There was a lot that just didn't come together for me.  I also felt that this one was less of a standalone and more of a prequel to something bigger.  Overall I wasn't that happy with it but would hope that any following books get the story back on track.

Disclaimer: I received a free copy of this book from the publisher through Book Sirens in exchange for an honest review.