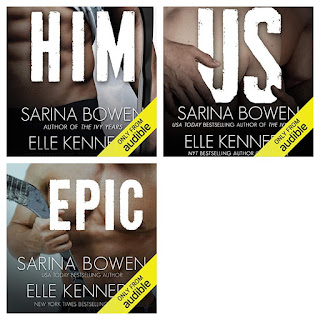 They don't play for the same team. Or do they?

Jamie Canning has never been able to figure out how he lost his closest friend. Four years ago, his tattooed, wisecracking, rule-breaking roommate cut him off without an explanation. So what if things got a little weird on the last night of hockey camp the summer they were 18? It was just a little drunken foolishness. Nobody died.

Ryan Wesley's biggest regret is coaxing his very straight friend into a bet that pushed the boundaries of their relationship. Now, with their college teams set to face off at the national championship, he'll finally get a chance to apologize. But all it takes is one look at his longtime crush, and the ache is stronger than ever.

Jamie has waited a long time for answers but walks away with only more questions - can one night of sex ruin a friendship? If not, how about six more weeks of it?

When Wesley turns up to coach alongside Jamie for one more hot summer at camp, Jamie has a few things to discover about his old friend...and a big one to learn about himself.

Warning: Contains sexual situations, hotties on hockey skates, skinnydipping, shenanigans in an SUV, and proof that coming out to your family on social media is a dicey proposition.

Can your favorite hockey players finish their first season together undefeated?

Five months in, NHL forward Ryan Wesley is having a record-breaking rookie season. He's living his dream of playing pro hockey and coming home every night to the man he loves - Jamie Canning, his longtime best friend turned boyfriend. There's just one problem: the most important relationship of his life is one he needs to keep hidden, or else face a media storm that will eclipse his success on the ice.

Jamie loves Wes. He really, truly does. But hiding sucks. It's not the life Jamie envisioned for himself, and the strain of keeping their secret is taking its toll. It doesn't help that his new job isn't going as smoothly as he'd hoped, but he knows he can power through it as long as he has Wes. At least apartment 10B is their retreat, where they can always be themselves.

Or can they? When Wes's nosiest teammate moves in upstairs, the threads of their carefully woven lie begin to unravel. With the outside world determined to take its best shot at them, can Wes and Jamie develop major-league relationship skills on the fly?

Jamie and Wes are having a blast living and working in Toronto. Until a scout for another team swoops in to make one of them an offer that might complicate the life they've built together.

I only intended to read one of these, but wound up listening to the whole series in one day! I loved it.  This is not just a regular romance but really explores a persons sexuality as well as the barriers one puts up to protect themselves from hatred.  The bias against LGBT relationships is very real and this portrayed it well as it also portrayed how being inclusive and welcoming goes a long way.  The battle to keep something secret leads you to not get close to very many people and leaves many LGBT folks feeling alone.

The narrators were excellent and the hockey story really kept your attention.  Two talented individuals but with very different paths in life. Excellent read.